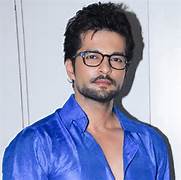 A 1999 Grasim Mr. India first runner-up title holder, Raqesh made his screen debut in Anubhav Sinha's Tum Bin (2001). After the success of Tum Bin, Anubhav Sinha again cast him as a solo lead in Kuchh Dil Ne Kaha (2002) opposite Raima Sen, but the film was never released. After that he starred in a few average films like Dil Vil Pyar Vyar in 2002 and Koi Mere Dil Mein Hai in 2005, but none of these films clicked. Raqesh failed to make a mark at the box-office and decided to turn to television. He made his debut in the Zee serial, Saat Phere, with him gaining instant recognition on the small screen within a short span of time. Raqesh has also done ads for Colgate, Wrigley's chewing gum, SSI-Education and Lux among others.

He has played the role of Anuj in the NDTV Imagine show Ek Packet Umeed. He depicted the role of an MBA graduate who helps run Umeed Bhavan and is in love with Sujata (role played by Rupali Ganguly) who is the daughter of the head of Umeed Bhavan. And Album Of Abhijeet Song Dheere Dheere Mere Dil Mein.seriously wonderful actor of all times

He also played the role of Karan Mehra in Simply Sapne as the main actor replaced by Gautam Rode. Shlok is the character he played in Seven on Sony Entertainment Television. The show was produced under the banner of Yash Raj Television.

He is recently seen as male protagonist Aditya in the Star Plus show Maryada: Lekin Kab Tak?. He recently played the role of Rohan Mishra in Hongey Judaa Na Hum on Sony, concluded on 20 March 2013.

Raqesh is all set to play the role of the antagonist in A New Love Ishtory written by Vipul K Rawal of Iqbal (film) fame and directed by John Matthew Matthan. Raqesh Vashisth will be replacing Karan Singh Grover as the new lead in Qubool Hai

Raqesh's father is a retired Major in the Army and his mother retired as an English teacher at Dr Kalmadi Shamarao high School in Pune. He did his pre-school from Amravati He is married to Riddhi Dogra, his co-star from Maryada: Lekin Kab Tak? on May 2011.

Retrieved from "https://quboolhai.fandom.com/wiki/Raqesh_Vashisth?oldid=7346"
Community content is available under CC-BY-SA unless otherwise noted.